Three months ahead of schedule, the German manufacturer will send out the first batch of chips from its "megafactory" this week. 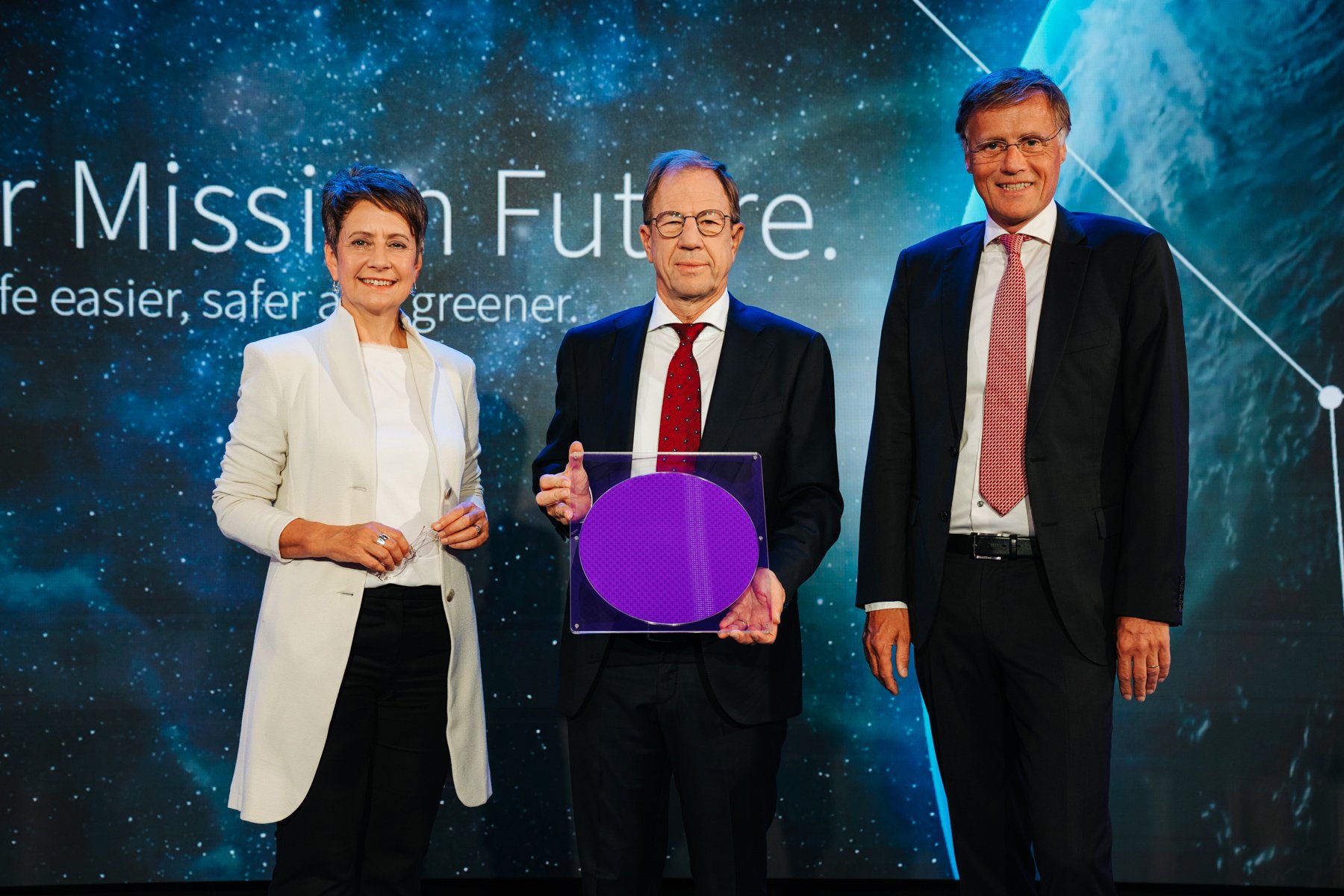 Infineon Technologies has opened a chip factory for power electronics on 300-millimetre thin wafers at its Villach site in Austria. With the motto “Ready for Mission Future”, the 1.6 billion euro investment made by the semiconductor group represents one of the largest projects in the microelectronics sector in Europe.

After three years of preparation and construction, the factory was commissioned at the beginning of August –  three months ahead of schedule. The first wafers will leave the Villach plant this week, with the chips primarily used to meet demand from the automotive industry, data centres and renewable energy generation of solar and wind power.

The site was opened by Infineon CEO Reinhard Ploss, Infineon Austria CEO Sabine Herlitschka along with EU Commissioner Thierry Breton and Austrian Chancellor Sebastian Kurz. “The new fab is a milestone for Infineon, and its opening is very good news for our customers,” Ploss said. “The timing to create new capacity in Europe could not be better, given the growing global demand for power semiconductors.

“The last few months have clearly shown how essential microelectronics are in virtually every area of life. Given the accelerated pace of digitalization and electrification, we expect demand for power semiconductors to continue to grow in the coming years. The additional capacities will help us serve our customers worldwide even better, including long term”.

The factory has about 60,000 m² of gross floor space and relies on full automation and digitization. As a “learning factory,” artificial intelligence solutions will be used primarily in the area of predictive maintenance, whilst networked plants will know at an early stage when they need maintenance thanks to a multitude of data and simulations. The digitization of the factory means it can synchronize with another plant in Dresden.

As Jochen Hanebeck, a member of the Management Board and Chief Operations Officer of Infineon, explained: “Infineon now has two large power semiconductor manufacturing sites for 300-millimetre thin wafers, one in Dresden and one in Villach. Both sites are based on the same standardized production and digitization concepts. This allows us to control the manufacturing operations at the two sites as if they were one factory.

“We increase productivity and create additional flexibility for our customers. This is because we can quickly move production volumes for different products between the sites and thus respond even faster to their needs. With the virtual megafactory, Infineon is setting a new benchmark in 300-millimetre manufacturing. This makes further increases in resource and energy efficiency possible, as well as optimization of the environmental footprint”.

The new factory will also produce energy-saving chips that switch electricity “intelligently” and minimize the carbon footprint of numerous applications. Infineon says that “modern semiconductors can reduce the energy consumption of refrigerators by 40 per cent and the energy consumption of lighting in buildings by 25 per cent”. This amounts to more than 13 million tons of CO 2 avoided thanks to the product mix in Villach.

The annual capacity planned for industrial semiconductors is sufficient to equip solar systems producing a total of around 1,500 TWh of electricity – roughly three times the annual power consumption in Germany.

You can find more information about Infineon Technologies and its new chip factory on its website.