2020 was a landmark year for the global pharmaceutical and life sciences industry. 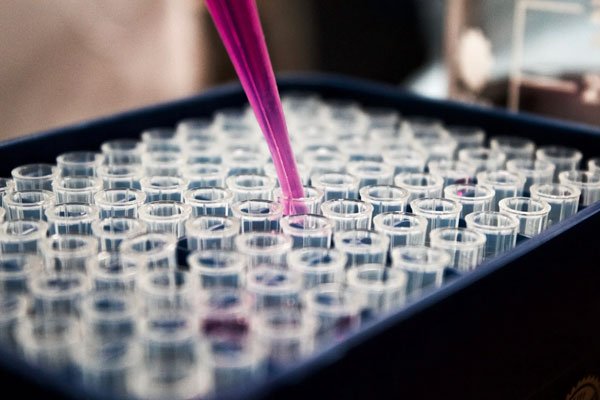 As the global pharma community looked to support global efforts to respond to the pandemic, they recognised the need to fully automate the execution of experiments in their labs and collate and analyze data more effectively. In stepped Synthace, with their automated lab platform.

The London and Boston-based Synthace Ltd, developers of Antha, the cloud-based software platform for automating and improving the success rate of biological processes, today announced it increased its annual recurring revenue by 225% compared to the previous financial year. The company also expanded its footprint across the top pharmaceutical companies, establishing relationships with four of the top ten companies across the world.

This led to significant business momentum for Synthace; its automated lab solutions allow its growing number of customers to run far more complex experiments and automatically generate complete sets of raw and metadata so they can increase their competitiveness and accelerate innovation.

The hosting of its second annual Beer, Bytes and Biology conference, also grew by over 185% compared to last year. The event hosted over 200 participants and included presentations by key industry luminaries on how they have automated their labs.

Synthace says its business success in the fiscal year 2021 was driven by the delivery of several new protocols that have been fully verified within its labs, are fully automated, highly flexible, optimized and generate fully contextualized data sets.

Some of the key products they have released include the Miniaturized Purification protocol on Tecan instruments, the ELISA protocol, including support for Hamilton, SPT Labtech, and BioTek instruments and the release of major upgrades to its Design of Experiments protocol.

Tim Fell, CEO, Synthace, commented, “The pandemic has rapidly accelerated a move toward data-driven automated biology. In response, the global pharma community sought to digitally transform their enterprise operations. Synthace’s established leadership in this space has led to significant traction in the market, with new customers signing up and existing ones expanding their use of our offering to enhance their automation and data analysis capabilities.

Looking ahead, we are confident our customer base will expand further as more organizations explore the complexity of biology through our advanced software and automation, so they can perform ever more complex experiments”.

The company says its significant achievements of the last twelve months will support and strengthen the company’s mission to fully automate the biological lab, allow the capture of complete sets of raw and metadata for every experiment, and allow radically more complex experiments to be run as standard practice.

Synthace has worked with biopharmaceutical companies since its foundation in 2011, and in 2016 was recognized by the World Economic Forum as a Technology Pioneer that is helping shape the Fourth Industrial Revolution. It was also named a “cool vendor” by Gartner in 2018.

You can find more information about Synthace on its website.

Stay up to date with the most recent automation, machine vision and robotics news on MVPro. And don’t forget to read the best of MVPro every Friday with our newsletter.