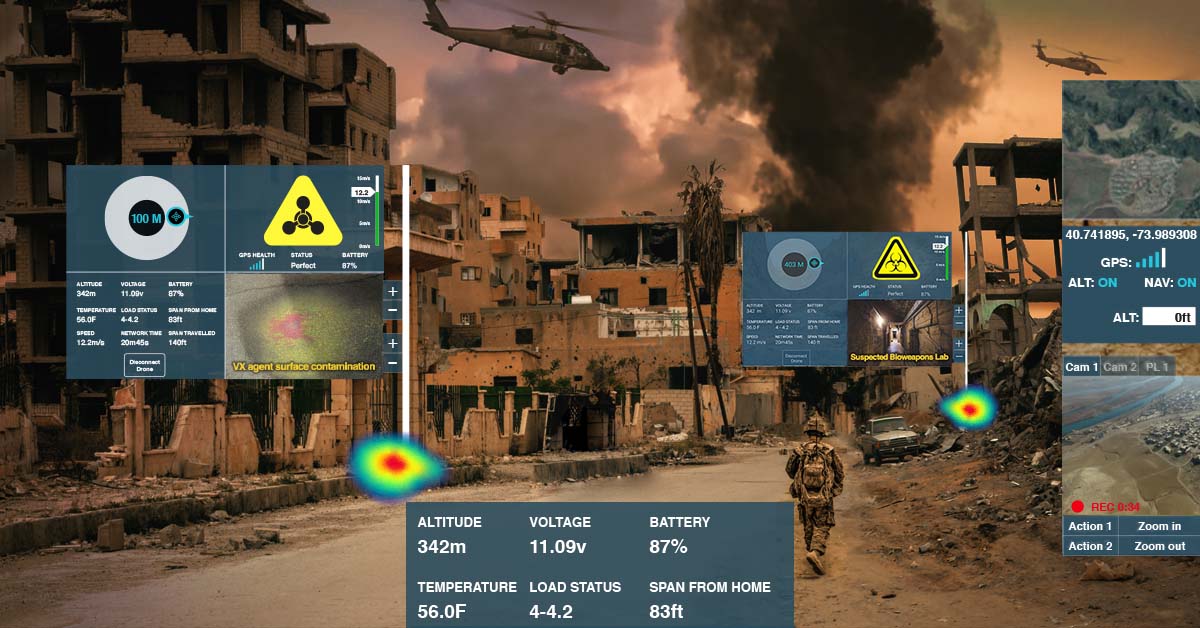 Teledyne FLIR will work with partners to develop software that allows CBRN hazards to be precisely located, measured and mapped for viewing within the TAK suite of tools. The threat map will be visualized in a ‘see-through’ AR display by those running TAK on their electronics, as well as by futuristic HUD devices like the IVAS.

“To protect our troops wherever they deploy, we need to leverage the most advanced detection and battlefield management technologies to counter the lethal risk posed by chemical and biological weapons”, said Dr David Cullin, general manager of Teledyne FLIR’s Unmanned and Integrated Solutions business. “We’re proud to lead this effort that will help our warfighters intuitively visualize dangerous chem-bio threats, while also advancing future capabilities tied to IVAS and autonomous robotic decontamination”.

The contract will fund the development of a mission-flexible prototype consisting of networked chem-bio sensors and AR visualization tools that DTRA will evaluate over the course of several events. The award comprises a 12-month base period, three 12-month options, plus other optional tasks. Work will be performed at Teledyne FLIR’s Pittsburgh site.

You can find more information about Teledyne FLIR and its chemical detection and identification products on its website.